Are They Bow Ties, or Are They Flags? They Are REALLY COOL Bow Ties!

For years I have been asked over and over again to make a freestyle bow tie that, once tied, looks like the Texas State Flag. Customers told me that they could find clip on bow ties and pre-tied bow ties, but they wanted a Texas Flag silk bow tie that they could tie for themselves. No kidding! It's my single most requested bow tie! It turns out, Texans love their Lone Star State flag. Until I mastered some design skills, there was very little I could do to produce a bow tie that looked like the Texas flag. But that has all changed. Introducing the TEXAS FLAG Bow Tie! It's silk, and once tied, it looks like the Lone Star Flag.

Once I had figured out how to make the Texas Flag bow tie, I got really interested in making freestyle bow ties designed for other flags. Now included in the Flag Bow Tie Collection on Bowtie.com are the American Stars and Stripes, British Union Jack, Canadian Maple Leaf, Dutch Vlag van Nederland which is a Horizontal Tricolor, French Le Tricolore, Irish Tricolour, and Italian Tricolore flags. Below are a couple of examples:

What a great way to display your heritage! Have you discovered more about your family history since having your DNA tested? I have friends who have done it and have been surprised by what they learned about their ancestry.

Currently, I'm working on a design for the Maine State flag. I'm not a big fan of the current flag of Maine.

When flags have a center medallion, they are not very interesting. Not only do different state flags using this design (Maine, New York, Utah, to name just three) look very similar to one another, the design tries to fit a lot of message into the small medallion. As you can imagine, it's hard to read the state logo, DIRIGO, when this flag is flying atop a flag pole. It's even difficult to try to decipher what is in the center graphics. In Maine, there is a movement to replace the current state flag with the original Maine state flag, which I find simple and pure, from the early 1900s.


Here is that bow tie design in the digital phase.

I also have a friend who has asked for the Saltire flag, the flag of Scotland, so that's the next one on my drawing board. The Saltire even looks like a bow tie!

Is there a flag whose design you'd like me to make into a bow tie? Please post in the comments! All of my completed designs started as customer requests.

For more than 25 years Lisa Eaton has been designing and making men's bow ties, suspenders and neckties from silk and cotton. She is the owner of the Maine based company Bowtie.com. 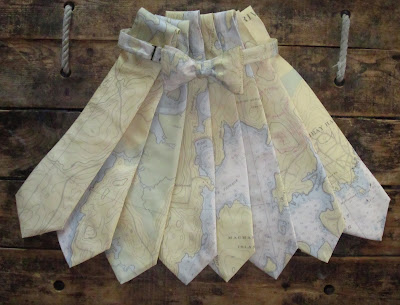 Planning Your Wedding? Know Someone Planning a Wedding? Check Out These Truly Unique Wedding Neckwear

Are you engaged to be married? Do you know an engaged couple whose wedding date is in the next year? Read on, and please share this post with your friends who are getting married. Your wedding day is often referred to as Your Day, but only if 'you' are the bride. The dress, the flowers, the bridesmaids, often the decor and even the groom are all about making the bride stand out and shine. Sometimes it even seems that the groom is simply an accessory for the bride. I have my own feminist theories about this phenomenon, but I won't go into those here! Wouldn't it be nice if, in the whole scheme of weddings, there was a way to do something special and specific for the groom (and other men of the wedding party) that would be memorable, even worthy of heirloom status? There is! CoordinateCoordinate neckwear and suspenders, custom designed featuring map locations that are special to the bride and groom, places that commemorate important milestones. Just to give you some id 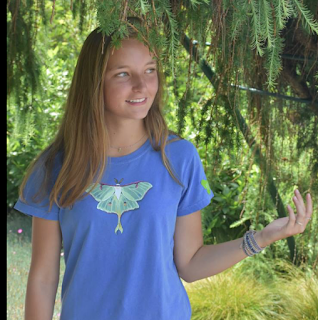 Forget the Butterfly Bow Tie. Here's the Luna Moth Bow Tie! I have an artist friend, Michael Boardman , who does spectacular nature art. Under the business name  Coyotees , Mike puts his art on really high quality tee shirts. He has a great business, and I love his tee shirts. Mike and I are also Facebook friends, and he recently posted on FB some pictures of his tee shirts, and I clicked on the link of my favorite women's shirt, one I have often admired. Luna Moth Tee Shirt from Coyotees It's a Luna Moth on a beautiful blue background. I have had a thing for luna moths ever since I read Barbara Kingsolver's book Prodigal Summer, which I loved. The luna moth and the study of it plays a significant role in the book. What I was admiring about the tee shirt is the beautiful art of the moth, and also the fact that the graphic is not huge on the tee (which I really like), and it sits a little higher on the shirt than more run-of-the-mill graphic tee shi 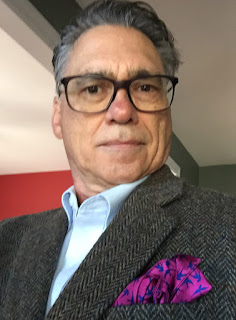 TWO NEW FEATURES ON BOWTIE.COM ! •New Feature #1-Have you ever wanted to order JUST a pocket square from Bowtie.com? For more than a year they have been available as add ons with many of the items I make, but not as a separate, stand alone listing. That has changed. Now you can place an order for just a 10", two sided pocket square!  Every now and then it's nice to add a little color to your wardrobe without donning a tie or suspenders. Great big THANK YOU! to Lou from Chicago for suggesting I add this option to the site. •New feature #2-REVIEWS! I've added them to the site. I'm still getting used to the app, but here's how it works: about a week after I ship your order to you, you will receive an email asking if you'd like to review your purchase. I have already received reviews directly on Bowtie.com, like this one : Of course, if you're NOT happy with my work, I hope that you will reach out to me first and allow me to correct